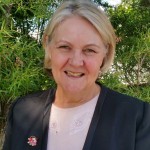 Dr Flaherty opened the Children’s Eye Centre in 1993. She graduated in Medicine from UNSW with Honours in 1978, and became a Fellow of the Royal Australian College of Ophthalmologists in 1984 following training at Sydney Eye Hospital. She gained further qualifications in Human Genetics Theory at Macquarie University in 1991, and was granted a Fellowship of the British College of Ophthalmology the same year. In 1992 Dr Flaherty was awarded the RACO/OPSM Travelling Fellowship to further her studies in paediatric ophthalmology and genetic eye disease.

Dr Flaherty has been a Senior Consultant Ophthalmologist at the Children’s Hospital Westmead and supervises a regular Monday morning clinic. In addition she runs a monthly combined a Genetic/Ophthalmology clinic with Assoc Prof Robyn Jamieson. Dr Flaherty also has a particular interest in Neurofibromatosis and is part of a combined multi-disciplinary group including Neurology and Oncology, monitoring NF children with optic nerve tumours.

Dr Flaherty is a member of the Paediatric Special Interest Group and the Australian and New Zealand Strabismus Society, and attends their meetings annually. In addition she is a member of the American Academy of Ophthalmology, the American Association of Paediatric Ophthalmology and Strabismus, the International Strabismological Association as well as various genetic associations.  She has authored a number of publications in Australian and international peer reviewed journals. She has admitting rights at Westmead Private and Westmead Children’s Hospital. 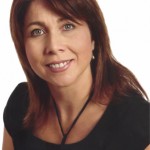 Dr. Loren Rose joined the Children’s Eye Centre in 2007. She completed her medical degree from the University of Sydney, graduating with MBBS (Honours). Prior to that, she completed a Bachelor of Science from the University of Sydney, graduating with Honours (Class I) in Visual Neuroscience. At Sydney University, Dr Rose continued with her interest in Visual Neuroscience and subsequently published in peer reviewed literature. Dr. Rose completed her internship and residency at Concord General Hospital, NSW, and her ophthalmic training at the Royal Eye and Ear Hospital in Victoria. Following this, she underwent a Fellowship in Paediatric ophthalmology at the Royal Children’s Hospital, Melbourne.  Dr Rose has admitting rights at Bankstown Hospital, Westmead Private and Macquarie Hospital. She is a Clinical Lecturer at Macquarie University. She is currently a supervisor of Ophthalmology trainees both in her rooms and the hospitals she works in. Dr Rose speaks fluent Spanish. 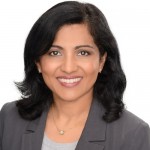 Dr Subha graduated from MAHE University in India and underwent general Ophthalmic training in Kasturba Hospital, Manipal, India and has a Masters degree in Ophthalmology. She moved to Australia for further training and obtained the Fellowship of Royal Australian and New Zealand College of Ophthalmologists. She completed subspecialty training in Paediatric Ophthalmology and strabismus with Associate Prof. Frank Martin at The Children’s Hospital, Westmead.

Dr Subha has conducted research in Paediatric eye injuries at the Westmead Children’s Hospital.  The findings of this research helped develop EYEPLAYSAFE, a web based interactive resource with a series of relevant and fun activities for children, centred on eye safety, located at www.eyeplaysafe.org.au. Dr Subha also conducts the STEPS (Statewide Eyesight Preschooler screening) Clinic at Bankstown Hospital.

Dr Subha is fluent in English, Hindi and Kannada. 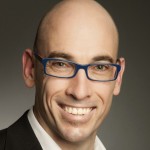 Throughout his training and fellowships he has been involved in the teaching of medical students, other non ophthalmic medical professionals, including the Rural Vocational Training Scheme for General Practitioners, as well as supervision of registrars, and has several publications. 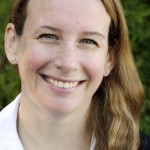 Jess graduated from the University of Sydney in 2004 with a Bachelor of Applied Science in Orthoptics. Jess began working for the Children’s Eye Centre full time in January 2005 and has been employed here since.  Jess now works as Practice Manager on Mondays, Wednesdays and Thursdays. In 2009 she presented at the Australian Orthoptic Conference on the controversial use of Tinted Lenses in the Treatment of Congenital Colour Blindness.  In 2007 Jess worked for the School of Applied Vision Science at the University of Sydney as a part time clinical educator for the undergraduate Orthoptists. She gained her certificate IV in Health Administration in 2013. She is also a practitioner teacher UTS for the orthoptics course there. 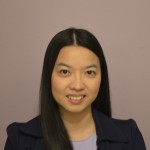 Wendy graduated from the University of Sydney in 2010 with a Bachelor of Health Science and a Masters in Clinical Vision Science and began working at the Children’s Eye Centre from January 2011. She is a member of Orthoptics Australia and is registered on the Australian Orthoptic Board. In 2011 she presented at the Australian Orthoptic Conference on the topic of Nystagmus in children. In 2012 she presented again on the topics of Dyslexia and Examining the Child with Intermittent Exotropia. She is also a practitioner teacher UTS for the orthoptics course there. She speaks fluent Cantonese.

Devica graduated from the University of Sydney in 2014 with a Masters of Orthoptics. She began working for the Children’s Eye Centre in June 2016 and she will work on Mondays, Thursdays and Fridays. She is a member of Orthoptics Australia and is a registered orthoptist on the Australian Orthoptic Board. Before joining Children’s Eye Centre, she worked as an Orthoptist in Tan Tock Seng Hospital in Singapore. She speaks fluent Indonesian and basic conversational Mandarin. 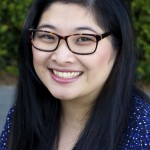 Irina completed a Bachelor of Applied Science in Orthoptics  with Honours from the University of Sydney in 2006. She joined us in 2017 after working in both adult and paediatric clinics in Sydney and its surrounds. Irina is a member of Orthoptics Australia as well as being registered on the Australian Orthoptic Board.

Irina presented at the Australian Orthoptic Congress, Continuing Education seminars and conferences in NSW and once presented at Tian Jin University Eye Hospital in China (although she does not speak Chinese). Irina has also been an Associate Lecturer, tutor, and research assistant at the University of Sydney. She occasionally supervises and examines Orthoptic students from the University of Technology, Sydney.